The Japanese work a lot and hard. It is in this prosperous country that the karoshi term appeared. It means death by overwork. Death usually results from one of two outcomes: a heart attack or suicide. In 2015, these cases became very common, so the Japanese government tried to make some reforms. However, their results have not yet pleased us. However, it is not enough to know how many Japanese work per day to find out the cause of this problem.

As we know, Japan has suffered greatly in the economic environment since World War II. The United States and the Soviet Union inflicted enormous damage on this state. In addition, Japan was a losing country and was forced to pay large indemnities. But the authorities of this country were not afraid of the difficulties and decided to fix it.

After returning soldiers from the war, they turned them into working citizens. The conditions for the work were very difficult, and in the end, it helped Japan to survive the real miracle. The essence of this phenomenon was that it was 10% from 1945 to 1985. So the losing country managed to demonstrate such a coefficient. The Soviet Union, which was the winner, failed to achieve such indicators, except for the export of goods from the West and its attempts to copy them for production on the domestic market.

Rapid economic growth has led Japanese companies to rely heavily on large numbers of men for work. Women’s work was limited to secretarial work. However, women became housewives and never returned to work after marriage. Relations within the work team were often closer than in the family. Employees of Japanese firms can show a high level of loyalty to the employer. In return, corporations provide workers with steady pay increases, various benefits, and a guarantee that they will never fire an executive employee.

A 12-hour workday is normal for Japan. Moreover, many employees come early and leave later. Despite the fact that they have the opportunity to ask for money for overtime, as a rule, no one does so. The fact is that employees are afraid that their management will decide that they do not perform their duties during working hours. In Japan, there are only ten holidays a year, during which Japanese can stay at home and relax. Many employees ignore the opportunity to be with family and prefer to even work a little during the holidays.

Now you understand how the Japanese work. That is why it is not surprising that after thirty years, the body of many of them is unhealthy. As a result, heart attacks in 30+ employees are considered normal. In the 21st century, this problem reached a high level. Now, every major corporation spends huge sums on psychologists to timely notice burnout problems and prevent work to wear out, as well as frequent suicides.

Circumstances in the government contributed to changing this situation, which passed a law obliging the family of the victim and the deceased to pay a large monetary compensation in the case of karoshi. In 2021, more than three thousand families applied for such compensation. This suggests that the problem of severe emotional and physical energy loss is a very big problem in Japan.

Employers encourage dining hours at the workplace, workloads and various useful hobbies to remedy this. So, origami is one of those hobbies that has taken hold in corporate culture. It’s the art of making paper figurines without cutting or glueing anything together, just by bending it. A person who engages in origami falls into a special meditative state, during which his psyche reboots as well as after a long sleep. Besides, origami trains creative thinking, and the people who do are often capable of effective, unique solutions.

Previous post How did origami contribute to the Industrial Revolution in Japan? 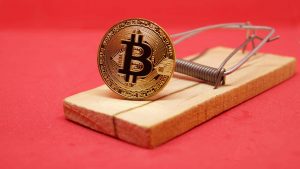 Next post Crypto risks: what business owners need to know